skip to main | skip to sidebar

Most Chinese food is very healthy and includes all the ingredients for a balanced diet. Two of the most important ingredients in Chinese dishes are rice and noodles. Noodles were invented by the Chinese. The Chinese also invented chopsticks, based on the idea that instruments used for killing should be banned from the dinner table. Therefore, knives are not allowed, and that is why Chinese food is always chopped into small pieces before it is served.

Today fried rice, chow mein noodles and spring rolls are a common part of the diet of most Australians. Other common Chinese foods eaten in Australia include Sweet and Sour Pork, Peking Duck, Mongolian Beef, and fortune cookies! But the Chinese have not only influenced the type of food we eat, but also the way we cook (most Australian families would have a wok in their kitchen and bamboo steamers are also becoming common), and the way we eat (for example, Chinese banquets). 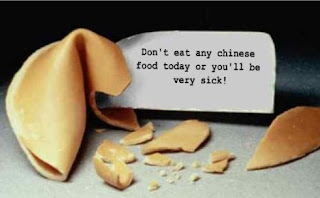 Some traditional Chinese foods, which are now part of the Australian diet. 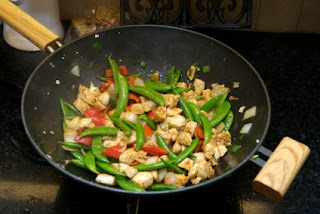 Some traditional ways of Chinese cooking, which many Australians now use. 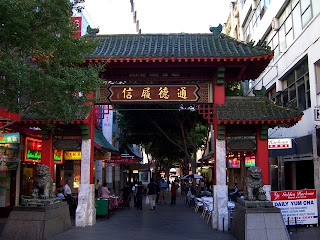 Here we see how the Chinese have influenced how we eat eg banquet style dining, & the many restaurants in Chinatown areas in some of the capital cities.